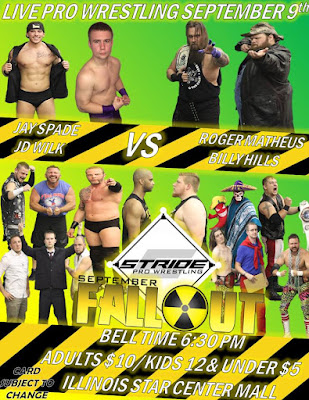 All week I've been promoting the fact that Stride Pro Wrestling will be returning to the Illinois Star Centre Mall in Marion in just a few hours. (Bell time is 6:30). A handful of matches have been confirmed, but there are still a few unanswered questions that should be answered once the action gets underway this evening.

Cash Borden and Joey O'Riley are joining forces to get into the hunt for the Stride Pro Wrestling tag team championships. Who will they face off against in their first match as a team?

Legacy Champion Tony Flood has just over three months until the end of the year. Remember if he retains the championship that long, he becomes the new General Manager. But GM Sam Hunter has a hand picked opponent for the champ tonight. Who will it be? 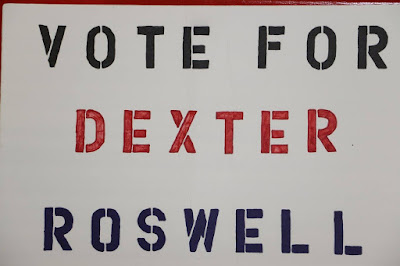 I've heard J. Wellington Beauregard is growing his stable. He will be announcing a new member of the DR Party tonight.

After a recent slump in Stride Pro Wrestling, where will Heath Hatton land next?

And hopefully, Farmer Billy Hills will do some explaining after his vicious attack on JD Wilk last month.

All that plus the already announced matches on Stride's Facebook page. Tickets are $10 each. We'll see you tonight.

Posted by Kevin Hunsperger at 11:50 AM