I'm going to start this blog off by stating for the record I am a fan of Cody Rhodes. I enjoyed every incarnation of the man in his time in WWE. From his first break teaming with Bob Holly to Legacy to "Dashing" Cody to Rhodes-Scholars and even Stardust (even though I know he hated it). In my 1-2-3 cents, he was one of the most undervalued members of the roster and I'm happy for the success he's found on the independent scene and as the current Ring of Honor champion. It's also my 1-2-3 cents that his wife Brandi (Eden in WWE) was also grossly misused and should have had a larger role in the company. 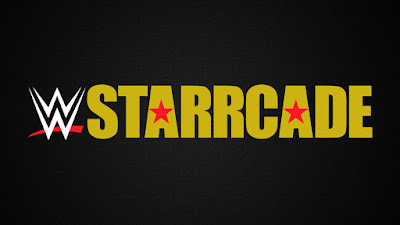 Now that you know where I'm coming from, let me move forward. WWE announced this week it's bringing back the Starrcade brand for the first time since acquiring WCW. The last Starrcade event was in December 2000. The title will be a part of an event planned for Thanksgiving weekend, involving SmackDown Live talent. Legends like Ricky "The Dragon" Steamboat and The Rock 'n Roll Express are also scheduled to appear.

The announcement of the event drew some criticism from Cody and Brandi, mostly being upset that Dusty Rhodes, who helped create Starrcade, wasn't credited and that Dustin (Goldust) Rhodes isn't scheduled to have a match on the show at this point. I understand Cody's emotional attachment to the situation, but I disagree with his point of view. Of course, if I was in his shoes, I might think differently, but I'd like to think that I wouldn't. Also, I don't disagree with him on everything.

He's right, it would be nice if WWE included Goldust on the card. However, if they don't, I understand. Goldy is on the Raw brand and this is a SmackDown Live event. Also, Michael Hayes has extended an invitation to Cody to team with Dustin on the show. That would be amazing and I'd love to see them face the Hardy Boyz (I know they're Raw too), but what the hell...

In my 1-2-3 cents, WWE doesn't have to give credit to the creator or innovator of each concept they present. Dusty was mentioned in the article for his involvement, but not as one of the creative forces behind it. To that point, I don't know that WWE mentions Pat Patterson every year at the Royal Rumble and I couldn't tell you officially who should be recognized for Hell in a Cell, Survivor Series or King of the Ring.

WWE has done a lot to honor the American Dream's legacy. There's a life-size statue of Dusty that was unveiled at WrestleMania Axxess a couple years ago. In 2016, there was a tag team tournament in the Dream's honor. There are a lot of Legends, Hall of Famers and contributors to the success of the business that don't get the credit they deserve. I really don't believe WWE is trying to squash the legacy of the Dream or take anything away from what he did for wrestling.

My hope is that one day Cody finds what he's looking for on the indy scene and is able to once again put his talents on display on the global stage of WWE. I respect what he, Dustin and their father have done and continue to do for the betterment of professional wrestling (and sports entertainment).

Posted by Kevin Hunsperger at 1:41 PM