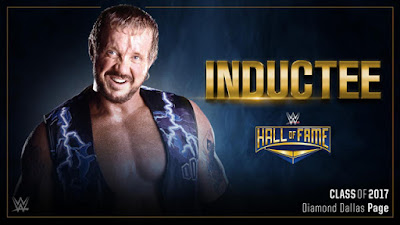 Diamond Dallas Page is the next inductee announced for the WWE Hall of Fame Class of 2017. The timing seems perfect as I just finished watching the documentary The Resurrection of Jake The Snake Roberts. I believe Page is the reason both Jake and Scott Hall are still alive today. I had a lot of respect for DDP before the film, but that respect has boomed.

I remember DDP in his early days as a manager in the AWA. I always wondered why he wasn’t a wrestler. He certainly had the look and could talk on the mic. Then in WCW he managed Hall as the Diamond Studd and eventually put his manager duties to the side and stepped through the ropes to wrestle.

Regular readers of this know I am a wrestling fan, but always sided with WWE during the Monday Night Wars, however, the night Page appeared to be joining the nWo and instead gave Hall a Diamond Cutter after putting on the t-shirt was one of my favorite moments of the angle. That move alone helped propel DDP to another level.


He wrestled briefly with WWE after the buyout of WCW in 2001. Personally, I don’t think WWE creative utilized the former champion to his maximum potential, but he shined none-the-less. I was happy to see him make spot appearances in the Royal Rumble and other events. I knew it would be a matter of time before he’d finally get the call for the Hall of Fame. 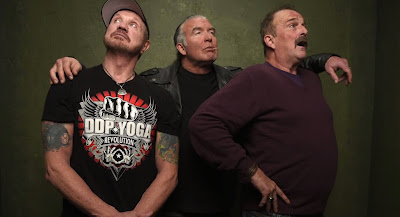 Page’s work outside the ring also deserves recognition. He could easily be the Warrior Award winner at some point too. Not only did he save Jake and Scott, he’s working with Vader now as he fights for his life. Other wrestlers have benefited from the DDP Yoga plan and countless “regular” people have had success too. I myself have used and enjoyed DDP Yoga. Congrats DDP, this is a well-deserved honor.

Posted by Kevin Hunsperger at 3:39 PM