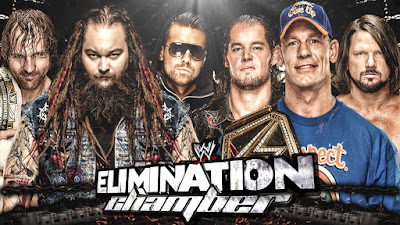 There’s a fork in the Road to WrestleMania as SmackDown Live holds the Elimination Chamber event Sunday night. Based on the rumored WrestleMania card I’ve seen it looks as if there are going to be some significant changes happening at the show. I’m not crazy about the rumor and innuendo, but I will save that for the aftermath of what happens and focus on the here and now.

The internet is buzzing that Bray Wyatt is going to win the WWE World Championship in the Elimination Chamber match. As much as I’d love for Bray to win and go into WrestleMania as the champion, I do have some criticism of that move. What was the point of taking the belt off AJ Styles and having John Cena tie Ric Flair’s 16 title reigns if he’s only going to drop it two weeks after winning it? Again I don’t know that Bray is going to win, but if that’s the story they’re going with, I would have rather seen AJ retain at the Royal Rumble and drop it in the Chamber. Cena could then work up to the tie-breaking win at SummerSlam or Survivor Series later this year.


Randy Orton will beat Luke Harper, but only because he needs the momentum going into the championship match at Mania. I hate when the top contender loses prior to a big match. Harper will be a success in his solo venture, and I suspect he’ll be getting a bigger push in the post-WrestleMania months.


Alexa Bliss will retain against Naomi. I love the partnership she and Mickie James have created. To me, it’s the female version of the bromance with Kevin Owens and Chris Jericho on Raw. Speaking of the ladies, Becky Lynch will beat Mickie. I do think Mickie is great, but I believe her return has been done primarily to help put over the ladies of the SmackDown Live brand. And I’m okay with that, as it won’t tarnish the accomplishments of this former women’s champion.

Nikki Bella will beat Natalya. I’m not going to be a hater, but I really do not enjoy Nikki at all. I respect the fact that she has returned from a career-threatening injury and continues to work while apparently in pain. But Natalya has been crapped on by creative for years. She reminds me of Daniel Bryan in that regard, but sadly the fans have connected with her and got behind her like they did with Bryan. 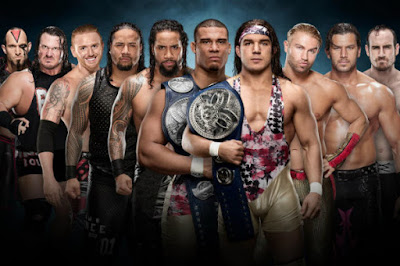 The tag team division lately feels like an afterthought. There’s another multi-team match with the titles on the line. With three different sets of champs since the brand split over the summer, I’d personally like to see American Alpha retain and focus on just one team at a time.


I don’t know who it should be, but I’d like to see Dolph Ziggler get help from someone to beat Apollo Crews and Kalisto. Whether a manager, valet or new tag team partner, Ziggler needs someone to make him whole again. I still say Ric Flair would be perfect for the managerial role for Ziggler.

The Mojo Rawley-Curt Hawkins match could be an interesting one. In all honesty, I haven’t paid attention to whether they’re playing off the Zack Ryder connection between these two. As hopeful as I am for this developing feud, I’m not so sure it’ll get the love and attention from creative.

How do you think the Elimination Chamber event will go? Post your thoughts on this page or on Facebook.
Posted by Kevin Hunsperger at 2:52 PM