As a kid growing up in St. Louis, we had five TV channels.  ABC, CBS, NBC, PBS, and an independent station; KPLR.  Eventually Fox was thrown into the mix, but before the days of cable, that was all we had.  And we had to get up and walk to the TV to change the channel.  Barbaric I know.

One of my fondest memories as a kid was waking up early on Saturday mornings (something that seemed so easy compared to getting up for school), pouring a big bowl of sugar coated cereal, and zoning out in front of the boob tube.  My brother and I would watch hours of cartoons in the early morning hours each week.

The Smurfs were always my favorite.  I remember very well when the tiny blue creatures debuted on NBC back in 1981.  I was in the third grade and embraced the characters like I'd never done before.  More than 30 years later,  I still love them.

There were countless other classic cartoons that we grew up watching.  Hanna-Barbera cartoons never failed to entertain.  I was hooked on Scooby Doo, so much so, that I told people I wanted to be him when I grew up.  The actual dog, not the guy who voiced him or the one who drew him, but the real Scooby Doo.  I was seven though, so give me a break.  Yogi Bear, Hong Kong Phooey, and the Laff-a-Lympics were just a few of the other memorable programming produced by this dynamic duo.  I would get lost in the talking bears, dogs, and even sharks that appeared on my screen every week.  Eventually my love of wrestling got animated with Hulk Hogan's Rock N Wrestling Cartoon too.  I was in heaven.

Other than a few syndicated Warner Brothers cartoons and Fat Albert in the afternoons, I don't remember there being a whole lot of other animated choices during the week.  That's what made Saturday mornings so special.  Then as cable and satellite got popular, all kids networks popped up and new cartoons were produced.  Cartoon Network was born, showing those classics from the 60's, 70's, and 80's.  Eventually new (less cool) shows came about, and those vintage shows ended up on another new network, Boomerang. 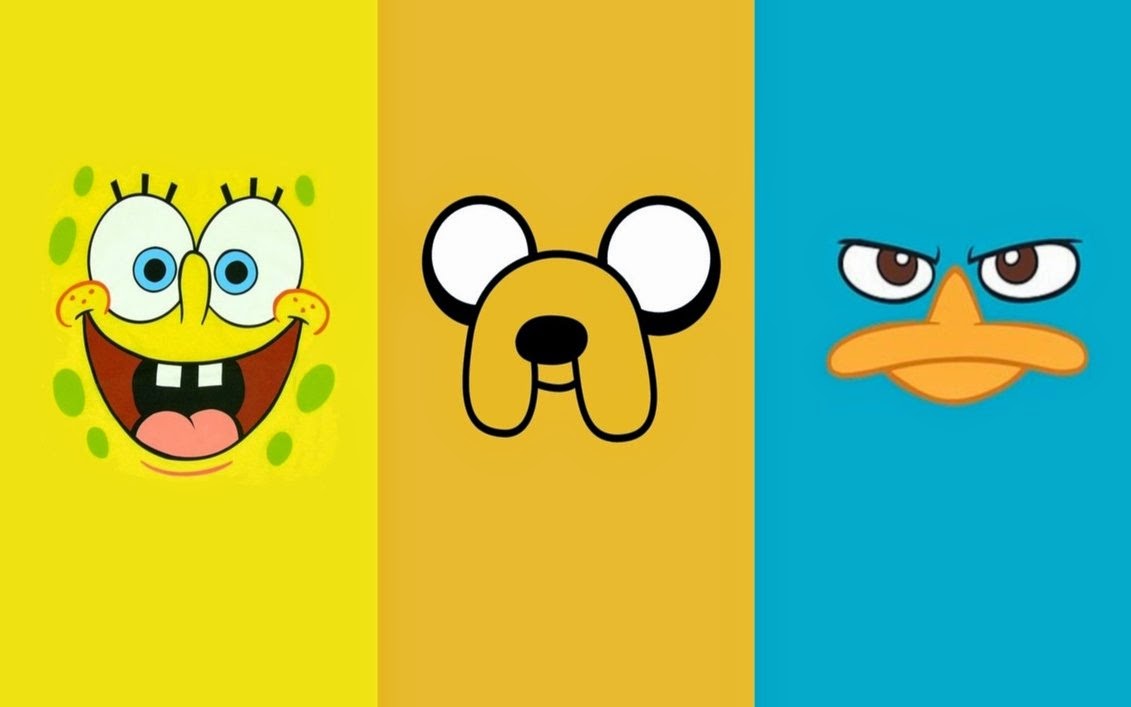 The point is, no one has to wait for cartoons anymore.  You can watch Spongebob Square Pants, Adventure Time, or Phineas and Ferb anytime you want.  It seems at any given hour of the day or night you can flip through the hundreds of channels and find something animated on the TV.  The novelty wore off, and then the networks started replacing cartoons with news programming and live action content.

I recently read that NBC and CBS stopped airing cartoons in the 90's.  ABC dropped the animation in 2004.  Most recently, the last broadcast network to air cartoons was the CW.  On October 4, 2014, they pulled the plug too.  Now for the first time in decades, none of the "regular" TV channels air cartoons on Saturday mornings.  It's the end of an era, one that I truly do miss.
Posted by Kevin Hunsperger at 4:23 PM