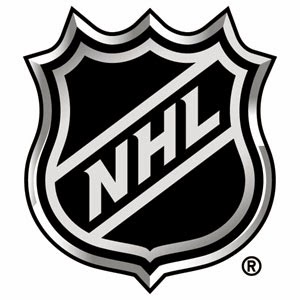 Tonight is the official kick off to the 2014-2015 NHL season. Tonight will set in motion several stories to follow over the next eight months. Will the Los Angeles Kings be the first team since the 1998 Detroit Red Wings to win back-to-back Stanley Cups? Will the Chicago Blackhawks live up to preseason hype? Will a name change help the Arizona Coyotes gain a bigger fan base? Will I learn enough about hockey to actually write sensible, informative hockey blogs?

The plan for tonight is to watch the Montreal Canadians vs. Toronto Maple Leafs game followed by the LA Kings banner raising game against the team who came in 2nd in my “which team do I cheer for” decision, the San Jose Sharks. While I won’t be there in person, it should still be a good game and I’m hoping the Sharks get some revenge on the Kings’ for their improbable playoff series victory.

Right now the first live game on the calendar looks to be a trip to Anaheim to watch the Ducks battle the St. Louis Blues on October 19. Last year when I saw the Blues play, TJ Oshie scored the first hat trick of his career. Will Oshie turn in a similar outstanding performance? Will new Defense addition, Clayton Stoner add depth to the Ducks roster? Is it obvious with that last sentence, I shouldn’t actually talk about the specifics of hockey?
In addition to some Kings and Ducks game, I’ll once again hit the road with @mikedekalb to visit potentially 10 different venues this season. From Florida to Canada and states in between, hopefully my frequent flier club membership becomes beneficial. Also hoping to work in a handful of minor league hockey games as well.

People following the blog over the past few weeks should be aware that before the season started, I was in search of an official team to cheer for this season. I laid out my top ten choices and have come to a decision. I thought the decision would be tough but really there was very little doubt. I’m naming the San Jose Sharks as my west coast team. With time zones being what they are, I figured why not have a team that I can watch live given my work schedule. Out of the teams in the Pacific Division, the Sharks are my favorite. Not to mention, the Sharks play the Kings in an outdoor game at Levi’s Stadium. Since Kevin and I won’t be going to Wrestlemania next year, this would be a good excuse to see the stadium outside of football season.


While the Sharks are my “mistress” team as my friend calls it, my full support will go to the Pittsburgh Penguins. I’ve liked the Penguins since the early ‘90s so it makes sense to stick with them. Plus, the Penguins actually responded to my blog regarding choosing a team. I figure if they’ll reach out to me then they may be a team that actually cares about their fans.

Right now, if I have my date correct, the plan is be in Pittsburgh on January 18 for a game against the Rangers. If anyone from the Penguin organization is reading this and wants to be awesome and offer a tour of the arena or a guaranteed photo op with Iceburgh, or any other gifts that would be awesome. I will most likely also try to attend the Penguins games against the Sharks, Kings and Ducks in March. That would be a good hat trick road trip.


Last season was an exciting season for a hockey fan. After a wild playoff series and exciting Game 5 of the Stanley Cup Finals, I’m hoping there’s no hockey hangover for my second season of fandom. Now, drop the puck and start the season.
Posted by Kevin Hunsperger at 12:41 PM