Three Hours and Still No Divas 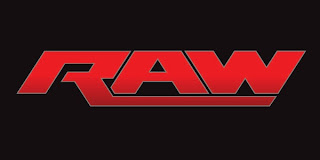 I had started to write about the comment Abraham Washington made during the Kofi Kingston/Titus O’Neil match and how it had led to some unnecessary backlash. Then I realized I was fanning a fire that never should have caught flame. So instead I’ll turn my attention back to my initial thought for today’s blog and write about RAW and try to figure why with an extra hour there were still several Superstars and Divas missing from the show.

First off I have to compliment WWE for actually giving us some wrestling on the show. I was skeptical that even with an extra hour the amount of wrestling on RAW would remain the same, as it was when there were only two hours. This was based on the fact RAW 1000 only had 26 minutes of in-ring wrestling action. My fears seemed justified when the opening match of Santino vs. Alberto Del Rio had 4-minutes of on airtime. Then something crazy happened. WWE basically booked a main event for each hour and gave them all around 15 minutes to showcase the talent and tell a story. Overall there was close to 56 minutes of wrestling on RAW. If they can keep up that average, I think wrestling fans may start tuning back into the show.

Sadly, that’s about the only positive I can give RAW. I know I’m not the typical wrestling fan and I tend to be more critical than most so my opinions may not carry water. That said, I found RAW to be a very dull show. Factor in that I only saw the first hour and the last 45 minutes of the show. I missed a third of the show and still found it almost unbearable. As I sat there watching RAW and feeling bored, I tried to figure out why I wasn’t enjoying the show as much as other people who were posting on message boards. The biggest complaint I could think of is the show has a very repetitive feel to it.

I think I’ve written about this before, but it’s time WWE finds a way to build up to pay per view matches without having guys who are feuding interact with each other on every show. Now that the brand extension is dead, we’ll most likely see Dolph Ziggler and Chris Jericho have a match or dueling promo with each other on both RAW and Smackdown for the next three weeks. Going back to last week and that’s eight consecutive interactions. By the time SummerSlam gets here, I’ll be tired of seeing the same guys in the ring with each other. At least Alberto Del Rio said he isn’t going to wrestle again until SummerSlam so hopefully he won’t be interfering in Sheamus’ matches and the two guys will stay apart from one another. Do you really think though that Big Show, CM Punk and John Cena will not lay a literal or verbal beating on one another for three weeks? When I see the same wrestlers fighting week after week, show after show, I get burnt out. Why would I want to pay $45 for something I’ve already seen numerous times?

From reading comments on the show, one of the biggest complaints was the number of recap packages. Since I didn’t see the entire show and was preoccupied during some of the parts I did see, I can’t really comment on the recaps. I did find it unnecessary to recap something that happened right before the commercial break when coming back from commercial. I know commercial breaks are long, but seriously, if you need to recap something that happened five minutes ago, it probably wasn’t meaningful in the first place.

As the title of this blog states, even with three hours there were no divas on the show. Not that the WWE Diva division is all that impressive at the moment, but surely in 180 minutes, they could find 5 minutes to devote to the girls. I think one of the biggest problems in WWE right now is establishing new stars, or really anyone not associated with the World or WWE titles. I’m going to contradict myself a bit, but would anyone have really been upset if instead of getting Tensai vs. Tyson Kidd, we would have seen Layla vs. anyone? The crowd has yet to care about Tensai and WWE doesn’t seem to want to make Tyson Kidd meaningful, so what was the point of the match? In the same manner, why not give Antonio Cessaro some meaningful story? Maybe start moving Ryback into an area beyond fighting jobbers. I did like the impression they may be setting Damian Sandow and Brodus Clay into a feud. Not every pay per match has to revolve around a title. When wrestlers are thrown out and treated as an afterthought, that’s how the fans will react to them because that’s how fans have been trained over the last 15 years. When a wrestler is presented as being important fans will eventually come around. At least that’s how I explain Randy Orton’s popularity.

Anyway, the first three hour RAW wasn’t as bad as I expected. Maybe that says more about my pessimistic nature than it does about WWE’s ability to produce a good show, I don’t know. While it wasn’t a home run, it was a solid effort. We’ll see if there are any tweaks or formula changes in the coming weeks.

Posted by Kevin Hunsperger at 2:49 PM