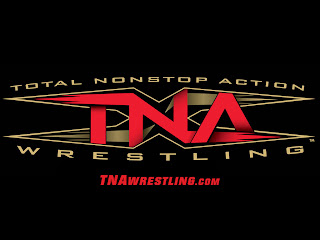 By Chad Smart
Are you familiar with the story of the boy who cried wolf? It’s a tale about a boy who’s herding sheep and keeps yelling wolf to get some attention. Each time he yells, villagers come running to help attack the wolf only to find out there is no wolf.  Finally a wolf does show up and the boy screams, WOLF! at the top of his lungs.  The villagers, tired of his false alarms do not come running to protect the boy and the boy ends up being torn apart limb from limb by the wolf.  Okay, so I don’t know if that’s how the story actually ends, but it’s close. The main point being the villagers got tired of false alarms and decided to ignore the boy the next time he yelled wolf.

I bring that up because I think TNA should change their name to CWW (Crying Wolf Wrestling).  In the past six months, they hyped up “THEY” were coming twice and both times “THEY” turned out to be guys already a part of the TNA roster so they end result didn’t live up to the hype. Plus “THEY” were basically the 50th incarnation of a NWO storyline so it wasn’t a rehash of an angle that’s been stale for over ten years.
Now, three weeks after the second debut of “THEY” and a week before the return of Hulk Hogan and the renewing of vows between Jeff and Karen Jarrett (tangent: has there ever been a wedding angle besides the Macho Man, Miss Elizabeth wedding that was good?) TNA is running advertisements encouraging fans to make sure they see the final moments of the 2/24 Impact for the “most shocking moment of the year.”  Currently in the world of wrestling, the most shocking moment of the year was the return of The Rock to WWE. So TNA  thinks they have something more impressive than that.
I haven’t read anything that would reveal what TNA is hinting at in the advertisement. I’ve seen the spoilers for the show and there’s nothing that was taped in front of the Impact Zone audience that would come close to living up to the hype of “most shocking moment.” But then we’re talking about TNA.  They would hype a match between Brian Kendrick and Douglas Williams as the “most shocking moment.”  The question is, does TNA actually have something up their sleeves or is this more fake hype in an attempt to get people to watch?
I have no idea what TNA has in store for the end of Impact. The only thing I can think of, given TNA’s track record, is there will be a promo video hyping the debut of some new talent. Talent that would most likely be an ex-WWE wrestler. If this is the direction they’re going, the only two names I can think of that may mean something are Chris Jericho and Batista. Given statements Jericho has made over the past couple of months, I can’t see him showing up in TNA. Batista has been off the radar since his departure from WWE last year. I think he left because he wanted to try his hand at MMA. I could see him showing up in TNA to collect an easy paycheck but would that be “most shocking?” But again, look at TNA’s track record.  They have ex-WWE wrestlers show up on an almost monthly basis. It’s no longer shocking when someone shows up. It’s more shocking when three months go by and a wrestler doesn’t show up. So I’m hoping this isn’t what TNA has planned.
Outside of new talent, what else could get fans talking and attract new fans? Making Impact live every week?  Since they’re taping  the March 3 Impact at the same time Impact is airing (tangent: why is TNA taping a show while their show is on? Do they not want viewers? Could they not tape on Friday?) I don’t think that will be the event they’re hyping. I just realized I’m writing this in anticipation of an announcement from TNA. TNA has not said they’re going to be making an announcement, but rather the events in the last moments from the most shocking surprise of the year.
I really don’t know what to expect. I guess that’s a good thing. I’m open to being surprised and hope TNA can deliver this time. Color me cautious though because I’ve been listening to TNA yell wolf for 8 years. What they have planned for the final moments should 1)make sense, 2)build interest in the following week’s show and 3)not center around Eric Bischoff. Otherwise it will be more of the same from TNA and at some point all the villagers are going to get sick of hearing cries of wolf and simply stop paying attention.
Posted by Kevin Hunsperger at 6:18 AM