These Boots Were Made for Stumping... 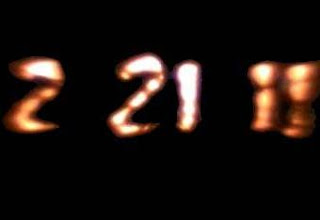 Yes, it's another post related to 2/21/11.  I'm sure you haven't seen or heard enough about this now infamous date in wrestling.

First and foremost, let me admit to being wrong.  When the promo first aired several weeks ago, I went on YouTube and stated that I thought the mystery man was Skip Sheffield.  I explain my reasons in the video, so I won't waste your time recapping it here.

Clearly, the man in the video Monday night was the Undertaker.  You'd have to be Jake the Snake Roberts after his encounter with Rick Martel's cologne bottle to not see that.  But the one thing that is being talked about now is there appears to be a second man in the video.

Inside, we know it's the Undertaker.  They pretty much showed his face, but then the shot cuts back outside and we see another pair of boots and a trench coat.  The rumor mill is churning and saying it's Triple H and he's stalking the Undertaker to avenge the loss of Shawn Michaels at the hands of the Dead Man at Wrestlemania 26.

This somewhat makes sense.  But one would assume that Triple H would return to stalk Sheamus, who had taken him out and not the Undertaker.  But a Triple H-Undertaker matchup at Mania could make sense if they start laying the groundwork on Monday night (2-21-11)  These two have a history.  It was a decade ago that Undertaker beat Triple H.  Obviously, H has improved and moved up the food chain since that last meeting.  He could pose a real threat to the streak.

Other than John Cena vs. Undertaker, H is really the only other viable opponent who could end the streak. At least now.  Some of speculated that it's Wade Barrett or Kane stalking outside the house in the promo.  I don't think so.  They "finished" off the 'Taker by burying him alive, so why would they stalk him now?  Triple H makes the most sense, if they sell it with the "you ended my best friend's career."

But even with this seemingly logical premise there are still those who believe Sting is somehow associated with the promo.  I will be shocked if it's Sting.  Really at this point it makes no sense to bring him into this angle.  I'm not even sure how they'd work Sting into Wrestlemania if he were to sign.  We're only 7 weeks away from the big event, but with so much TV time between now and then, I'm sure something could be worked out.

In any event, my money (which isn't much) is on this 2-21-11 promo leading us to another Undertaker-Triple H match at Wrestlemania.  And just to throw in some extra interest, Shawn Michaels will be the referee for the match.  There, I said it.  Of course, I may have a change of heart come 2-22-11.

Thanks for reading, and please check out and subscribe to My 1-2-3 Cents on YouTube.
Posted by Kevin Hunsperger at 7:50 PM