Shaking Up The Royal Rumble 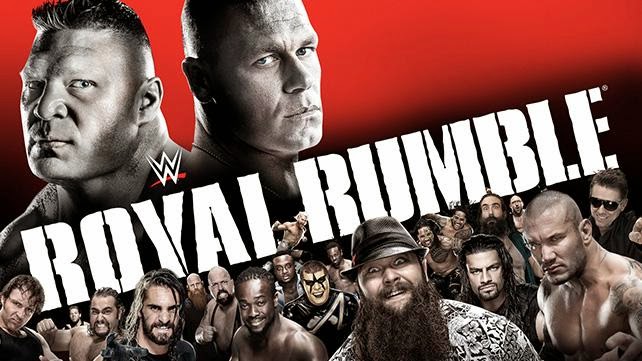 As I was in the middle of a podcast on the Jittery Monkey Podcasting Network the other night I had an idea about the Royal Rumble.  It really just came to me as I was talking with Nerds United host Greg Mehochko.  Instead of Daniel Bryan, Roman Reigns or Bray Wyatt (Greg's pick) winning the Royal Rumble, how about someone who's not even on the WWE roster right now win...

My idea is to have someone from NXT enter the Rumble this year, just as Rusev did last year.  But take that a step further and have that man WIN the event and go on to Wrestlemania to face the champion.  If the champ at that time is Seth Rollins (who I think it will be), then you have two guys who've never main evented Wrestlemania stepping into that spotlight.  It would be an epic opportunity to show the fans that the future is now.


So who do you have win the Rumble?  My original thought was Adrian Neville, because if you read this blog you know I'm a mark for "The Man Who Gravity Forgot."  Greg's suggestion was Kevin Owens.  I like that idea if Brock Lesnar is still champion.  It would be a great, hard hitting contest between two beasts in the business.   Neville could be booked into that underdog role if Lesnar is the champion.  But either one of the NXT stars would certainly shine and I have no doubt would put on an impressive main event at Wrestlemania, whether it's Brock, Rollins or even John Cena as the defending champion.  It would be something we've not seen before and the move would give new life to a somewhat stale product.

I know the many in the WWE Universe may not watch NXT and know who Neville or Owens are, but I think there's plenty of time and programming between now and March 29 to tell a compelling story that would get the fans invested in the storyline.  Plus, it's not like Neville or Owens or several other talents at NXT are "rookies", they've been around for years on the independent scene. This story could almost write itself.


I love WWE and will always be loyal to the product.  But throwing an NXT guy into the immediate title picture would certainly break up the predictability we've seen through the years.  I'm not giving up on Bryan, Reigns, Wyatt, Rollins or even Dean Ambrose.  I think having an NXT guy in the ring defending against these guys would be phenomenal.  There's a lot of talent brewing in Florida and it's time to share those guys with the rest of the world.
Posted by Kevin Hunsperger at 1:56 PM