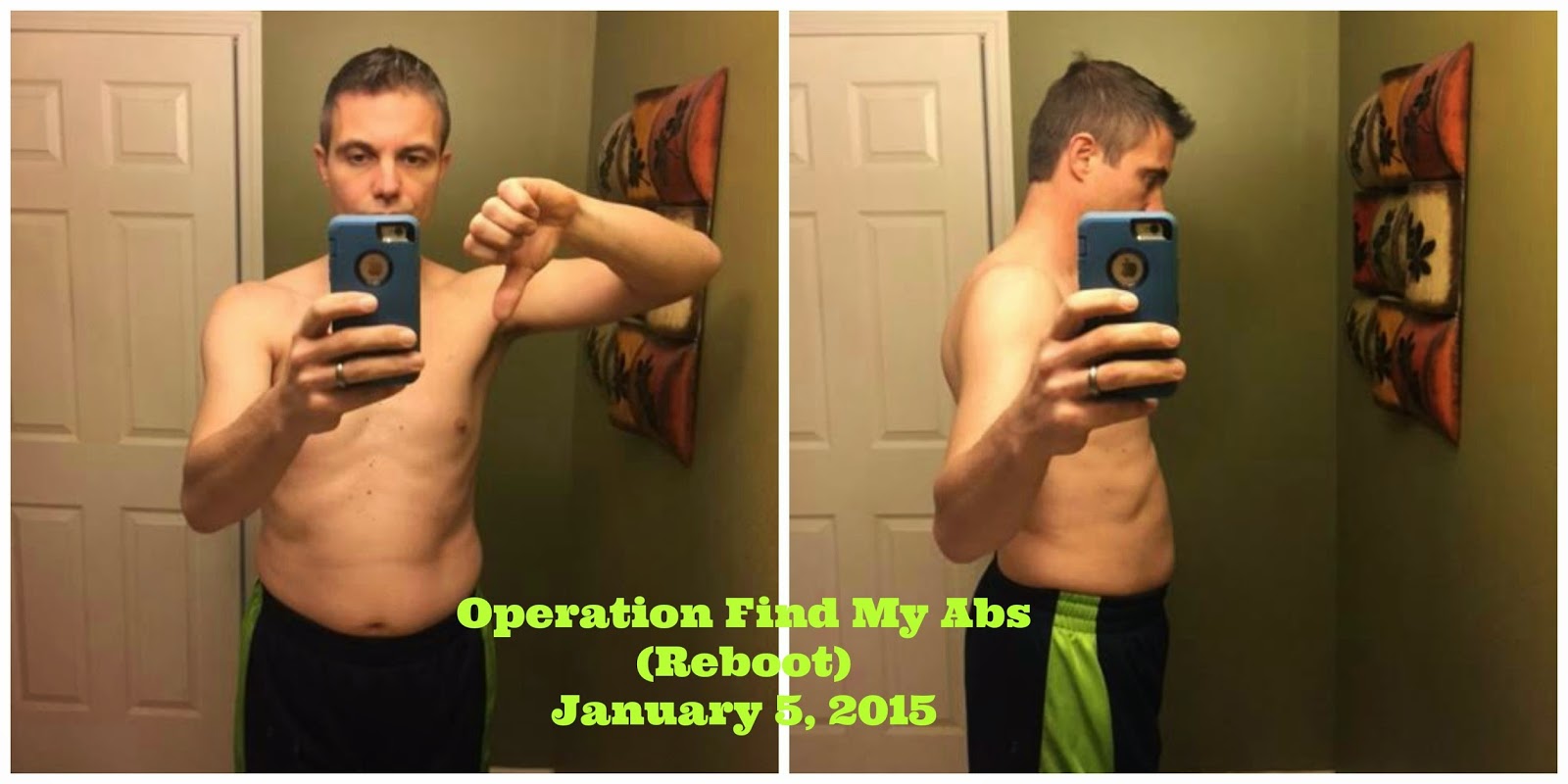 Don't let the title of this post fool you.  Although it's snarky, it is my intent to once again reboot my fitness and nutrition level in the new year.  About six months ago I talked about Operation Find My Abs, and as you can see from the picture taken on January 5, 2015; I haven't gotten very far in my search.

Poor diet is the biggest factor in this.  I've read a million times you can't out work a bad diet.  My sweet tooth always seems to get the best of time.  A family trip to Disney World and Universal Studios in October followed by Halloween, Thanksgiving and Christmas didn't help my cause. I continued to tell myself that I'd start on Monday.  Monday never seemed to come though.  Even with running 600 miles in 2014, it did little to help my cause.

I've slacked on my DDP Yoga routine too.  But as of January 4, 2015 I've kicked things back into gear.  I've rededicated myself to the original task of finding my abs.  I'm nearly 42 years old, I don't think it's impossible to do, but I am aware that it will be challenging.

Thanks to Chad, I've got another workout routine to add to my regimen.  I just completed the first day of the WWE Power Series Workout featuring Triple H.  It wasn't too bad, but I do need to get heavier dumbbells.  The guys working out on the video seem to be wrestlers in training or at least wanting to step into the squared circle.  That's not my motivation.  I want to look good of course, but I also want to improve my health.  Let's face it, I'm not getting any younger and if I can add some time here on this planet by getting into better shape, then that's what I'll do.

Chad and I will likely continue to challenge each other to get into better shape.  I see him tweet that he's worked out and I'm encouraged to do the same if I haven't already.  It's not about bragging that we're hitting the gym or lifting weights.  For me, it's about helping put others in that mindset too.  I think the "we're in it together" mentality can go a long way.  I will keep you updated on my (our) progress.
Posted by Kevin Hunsperger at 12:37 PM