If you’ve been paying attention to the my123cents blog over the past couple of months, you’ve no doubt noticed a lack of original writings. I know Kevin has been busy but he’s done a good job of trying to get a few blogs per week posted. I have not been as committed. The lack of writing started out as just being busy. Between finishing up another season at work (and if you haven’t watched the Amy’s Baking Company episode of Kitchen Nightmares, I highly recommend you search it out and watch. It’s taking the Internet by storm.) then leaving to go on the Wrestlemania trip, I just didn’t have time to devote to writing. The longer I went without writing though, the more I started to realize the current wrestling landscape wasn’t holding my interest.

WWE: I’m not entirely sure why WWE doesn’t interest me right now. They have a lot of good talent and guys I enjoy watching. I just feel that if I took six months off and came back the shows would be fresher. Right now it just seems like every episode of RAW is the same thing week after week.

TNA: While I think TNA has gotten better over the past year, they seem to have some long-term direction in place, which is good; they still have several issues to address. There are only three tag teams, the X-Division is an afterthought, Eric Young is still half of the Knockout Tag Champions and his partner ODB is now the Knockout division referee, Aces and Eights never win, and Hulk Hogan keeps threatening to wrestle. TNA scaled back to only four live pay per views which means they should easily build each show up into a must see attraction, right? Slammiversary is two weeks away and there’s only one announced match. The entire month of May should have been used to build and promote Slammiversary. If TNA can’t be bothered to care about the show, why should I?

ROH: After attending Death Before Dishonor 7 during Geek Week, I realized ROH’s biggest turn off to me personally is ROH fans. ROH could be putting on the best shows ever but the fans ruin nearly every match. Plus, my general dislike for Davey Richards/Eddie Edwards/Kyle O’Reilly and Adam Cole doesn’t help since all are featured in prominent roles in the company.

DGUSA/EVOLVE: I don’t really follow either promotion due to thinking the booker is highly overrated.  Both companies have talented wrestlers, but they’re wrestlers I can see in other promotions so no need to spend money on either company. 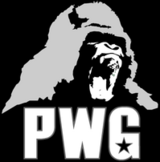 PWG: In my opinion PWG has quickly become ROH: West Coast. I enjoyed All Star Weekend back in March and was looking forward to their next show in June until the card was announced. I realize ROH doesn’t do shows on the west coast so PWG bringing in wrestlers from ROH/DGUSA gives the local fans a chance to see wrestlers they normally wouldn’t get to see in person. The bigger issue I have is because PWG only runs one show a month and has very little in terms of ongoing storylines; their shows have no pacing. Every match is non-stop action with high spots galore. It may sound like I’m complaining about something being too good. I just feel that if everything is awesome then nothing is awesome because it all blends together with nothing standing out. I’ll admit I’m probably the only wrestling fan who feels this way.

CHIKARA: This one hurts. I am a huge Chikara mark and have been entertained by Season 12. Recently though, I was told a rumor about Chikara that, if true, disappoints me and means my fandom will come to an end. I don’t want to speak to the rumors because as of now it’s just rumors. Until something comes out publicly, I’ll keep hoping it isn’t true. At the same time, until it is proven to be false rumors, it’s been planted in my mind and clouds my perception of Chikara.

OTHER INDIES: I don’t really follow any other Indie promotions. I’ve tried watching Anarchy Championship Wrestling and Absolute Intense Wresting due to hearing good things about both companies. Unfortunately their production values leave a lot to be desired and make it painful to watch at times.

PRO WRESTLING COLLISION: Guess I should include PWC here, as devoted followers of my123cents know Kevin is the “voice” of PWC. I had the opportunity to make both my referee and ring announcer debuts at PWC shows in April. Right now, PWC is set to run their next show on May 25 and the future seems to be uncertain after that.

There’s a breakdown of the major US wrestling promotions and a very brief reasoning of why no company has me interested at the moment. Let me be clear, it has nothing to do with the wrestlers themselves. It’s like when you go to a movie starring an actor you really like and the movie ends up being bad. It’s not the actors fault you weren’t entertained. Everything else with the movie hindered your enjoyment. That’s where I am at with wrestling at this moment.

Am I alone? Does anyone else feel wrestling is stagnant and needs a super kick to get it back on the entertaining track? Share your feedback on our Facebook page.
Posted by Kevin Hunsperger at 3:11 PM