The Wrestlemania 29 I Want To See 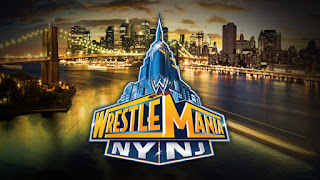 On the first day of 2013, the proverbial car is being tuned as we prepare to head to Phoenix. The Road to Wrestlemania starts with the Royal Rumble at the end of the month.  As we start the countdown to the biggest show of the year, I’m going to break a cardinal rule and engage in some fantasy booking. The main reason for going against one of my biggest wrestling blogger pet peeves is because I’ve seen some rumors of what could be on tap for Wrestlemania and frankly, there’s only one match in that list that I wouldn’t list as a bathroom break. So I’m going to throw out my proposed Wrestlemania card and hope someone with some clout within WWE sees it and tries to pass off my ideas as their own. This way I haven’t paid X amount of dollars to simply freeze my tail off in New Jersey while staring blankly at an 18x18 foot wrestling ring.

First off, for those that may not have seen them, here are the “rumored” matches and the reasons why I don’t want to see them.

John Cena vs. The Rock: I saw this match last year and wasn’t excited for it then so why would I want to see it a second year in a row. Last year’s match was billed as “Once in a Lifetime.” Surely WWE wouldn’t promote something as historic and then devalue it a year later, would they?  The Rock is a part-time (if that) wrestler. Why waste him on a guy he’s already fought? The consensus is this match will happen so Cena can avenge his loss from last year.

Brock Lesnar vs. Triple H: I was there live at SummerSlam when these two fought. Outside of an appearance by Trips on the Slammy Award episode of RAW, neither guy has been mentioned since the day after SummerSlam. Much like the previous match mentioned, the reasoning for this rematch is simply so Triple can get his win back.  Parity booking is one of the biggest reasons why very few superstars are getting over with the crowd.

CM Punk vs. Undertaker: I don’t know why this is being talked about other than if Punk is still champion a Streak vs. Longest Championship Reign match could have some intrigue. Personally, I think Undertaker should retire with a 20-0 record at Wrestlemania. If he really feels the need to come back for another match, there’s only one person I want to see face the Undertaker. I’ll get to that later.

Rey Mysterio vs. Sin Cara: There have been reports; WWE would pass out lucha masks (guessing in the style of Rey’s or Sin’s or the hybrid version) for the crowd to wear in an attempt to set the World Record for most people wearing lucha masks at one time. This is the one match that I’m not opposed to seeing.

Now, if I were in control, what would my Wrestlemania 29 card look like?  Glad you asked.

The Rock vs. Dean Ambrose: The Rock has faced Cena. At the Royal Rumble, The Rock will fight CM Punk. If WWE is going to bring back the Rock for Wrestlemania, I’d prefer to see him face someone new. What better way to help establish a new star then putting the “Greatest” against a new star many are predicting big things for in the future. Since The Shield has been helping CM Punk, it’s not unimaginable to think they may get involved in the Punk/Rock match. If their interference leads to a Rock loss, a Rock/Ambrose match can easily be set up for Mania.

John Cena vs. The Undertaker: In my opinion, this is THE money match for an Undertaker return. While Cena doesn’t have a good win-loss record in the last few Wrestlemanias, he still has the aura around him that fans would buy the potential for Cena to end the streak. Off the top of my head, I can’t recall the last time Cena and Taker squared off in a match, which means it’s also a fresh match-up.

Brock Lesnar vs. Ryback: Paul Heyman represented Brock. Ryback has been feuding with another Heyman guy in CM Punk and even wrestled Heyman at a recent show in Madison Square Garden. Wouldn’t it make sense for Heyman to bring back Brock to seek revenge? The Next Big Thing vs. The Newest Big Thing would be this generation’s Lesnar vs. Goldberg. Hopefully the match would be better received, even if Lesnar weren’t going to be around after the match. Unfortunately, this match up would probably lead to more Gold-Berg chants. Again though, using a part-time wrestler to help put over a current star makes more sense than putting two part-time guys in the same match.

WWE Championship Match: CM Punk vs. The Miz: This was a hard match to pick. After looking at the WWE roster, there’s really no one that I could quickly pick to challenge Punk. While the dream match would be Punk vs. Steve Austin, as long as Punk is still champion, I don’t think he should have any major matches against non-fulltime wrestlers. The Miz by being a former champion gets the title shot by necessity.

World Title Match: Dolph Ziggler vs. Christian vs. Mark Henry vs. Randy Orton: This means Dolph successfully cashes in the Money In The Bank briefcase in time to go through all the required rematches with Big Show before Wrestlemania.  Throw in three former champions, two of whom have been on the sidelines for the better part of the year so the match feels fresh, as challengers and let Dolph retain the title as the start of a lengthy, meaningful reign.

Tag Team Title Match: Team Hell No vs. Tyson Kidd/Justin Gabriel: The tag champs have faced every tag team on the roster numerous times so this match could easily go on the pre-show continuing the trend of Daniel Bryan having a lackluster Wrestlemania appearance.

The rest of the show can really be put together by drawing names from a hat. Looking at the WWE roster, and noticing how often guys wrestle each other, it’s hard to come up with something unique and interesting.