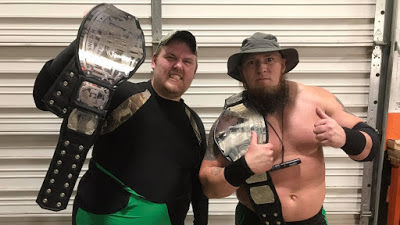 The Stride Cup Tournament finals will be a part of this Saturday's Strideiversary show. 'Warbound' Bo Sawyer returned for the tournament after being sidelined for months with an injury. He'll take on the nearly crowned King of Stride Pro Wrestling, Chris Hargas. Both men have been able to use their size and strength to make a huge impact in Stride. 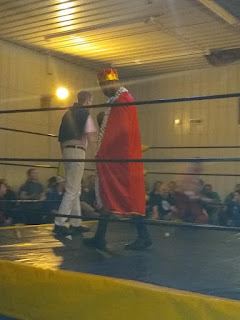 Hargas is not only King, but he's also the former Legacy Champion and has had several heavyweight title matches against the likes of Heath Hatton, Roger Matheus and Ax Allwardt. Sawyer has been a tag team wrestler for most of his yearlong stint in Stride. He and Jason Tiller are two-time Stride Pro Wrestling tag team champions. But the Midwest Monster Hunters seemingly have different goals now.

In fact, Tiller will face Joey O'Riley for the number one contendership for the Legacy Title. The winner of the Stride Cup will have a free ticket to challenge for the heavyweight title. So we could see the Monster Hunters are singles champions in the coming months.

However, Hargas and his manager J. Wellington Beauregard will stop at nothing to add more bling. But Sawyer has a lot to prove as a singles star. And never count out O'Riley as he has yet to win singles gold in Stride. He's clearly the smaller man in this battle with Tiller but will no doubt fight for everything he has.

Find out if the Midwest Monster Hunters can make it as a solo act this Saturday night. Strideiversary is at 600 N. Carbon Street in Marion, Illinois. Bell time is 6:30 p.m.

Posted by Kevin Hunsperger at 6:13 AM