Looking back on Starrcade 1990 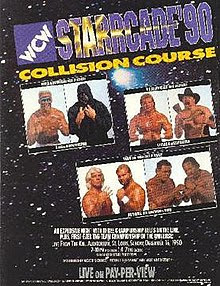 It's hard to believe how fast time flies. Twenty-eight years ago today (Dec. 16) Starrcade 1990 went down. I'm talking about it today because it was the first (and only) WCW pay-per-view event I ever attended. It was my senior year of high school and my buddy Jim Horrom and I decided to get tickets when the show was announced.

The event was at the historic Kiel Auditorium. I'd witnessed several other WWF house shows in that building prior to Starrcade. It was a different vibe though. As I try to remember back on that night, things seemed brighter. Obviously, this would be because of the fact it was the first time I'd attended a show that was going to be televised.

Sting was the WCW World Champion, having beat Ric Flair months earlier for the big gold belt. By this point, Sting was feuding with the mysterious Black Scorpion, a figure from the champ's past who continued to torment him with mind games. Flair had moved on to team with Arn Anderson against Doom for the WCW Tag Team Titles. In fact, the two teams were set to clash in a St. Louis Street Fight that night. But either prior to the show or during the event, it was announced Flair was unable to wrestle that night. A chorus of boos erupted at the news, but in my mind, I instantly knew Flair was under the mask of the Scorpion.

I was not wrong in that assessment. In the main event, Flair was in fact revealed to be the Black Scorpion. It was a bit of a letdown. Up until that point, I really didn't have an idea of who the mystery man would be or who I even wanted for that matter.

Despite that bit of disappointment, the night was still a lot of fun. We saw several wrestlers we'd never seen before with the International Tag Team Tournament. I wish I knew then what I know now as I would have taken pictures of the show. I'll always have a special place for Starrcade 90 though. 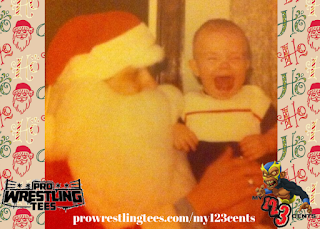 Posted by Kevin Hunsperger at 1:09 PM