Can Apollo cruise to the Intercontinental Championship?

The short answer is no. Apollo Crews will not defeat the Miz at SummerSlam this weekend. It's nothing against Crews, but WWE hasn't built him into a viable contender for what was once the second most prestigious championship in the company.

In the go home show for SummerSlam, the only glimpse we got of Crews on SmackDown Live occurred during a commercial break that was replayed once the show was back on air. That doesn't bode well for the former NXT star. It sucks because he truly is a talented wrestler. It just doesn't feel like the right time for him to be in a program for the Intercontinental Championship.

This match feels like it was thrown together too. I'm not a huge fan of number one contenders being crowned via battle royal. It's a great way to get everyone on the roster in on the action and it feels like anyone can become a contender. But typically speaking I prefer a different method to figuring out who should be going for the gold. And before you say it, I realize that's the whole premise of the Royal Rumble for the last 20+ years.

The other reason Crews won't win is because WWE is finally using The Miz correctly. The rebirth of his character is working and the partnership with his real life wife Maryse has been amazing. I haven't enjoyed the Miz this much since his run as WWE Champion five years ago. 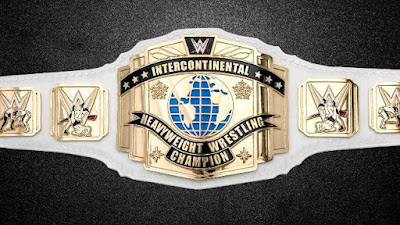 Now WWE Creative has two challenges on their hands in the wake of SummerSlam. Turning Apollo Crews into a viable contender that the fans can invest in and care about and developing a solid number one contender for the IC title. No offense to Darren Young, Crews or former champion Zack Ryder; but it's time to put a solid focus on the midcard and build some legitimate contenders for the title who can one day become WWE Champion.

Remember when guys like "Macho Man" Randy Savage, The Ultimate Warrior and The Rock held the IC title? It was a stepping stone to the bigger belt. That focus has been lost in the last several years. A champion is only as strong as his challengers. Let's make the Intercontinental Championship great again.

For more SummerSlam thoughts check out the My 1-2-3 Cents Facebook page for the live video I did on the event.

Posted by Kevin Hunsperger at 2:18 PM