A couple weeks ago WWE released a handful of talents, ranging from the Brooklyn Brawler to "King" Barrett. Another round of releases has started.  Over the weekend Cody Rhodes requested and was granted his release from WWE.  Embattled Superstar Adam Rose has been 'future endeavored' too.

The Rose release isn't surprising.  He was serving a 60 day suspension for a Wellness Policy violation.  During his time away he was also arrested on domestic charges violence charges.  None of us knows what's going on his life, but I hope whatever hardships he and his family are going through, they get the situation worked out.  Never say never as we could see him back in WWE at some point.

Cody's release was a surprise, but I don't blame him wanting to step away.  He was clearly frustrated with his place on the roster and walking away now gives Cody a chance to perhaps reinvent himself elsewhere or find a whole new line of work.  Again, I wish him nothing but the best.  Here's what Cody had to say about the situation via his Twitter page @PrinceCGR. 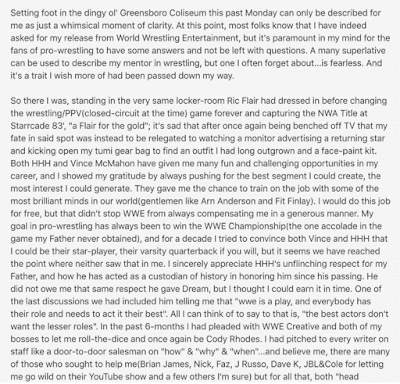 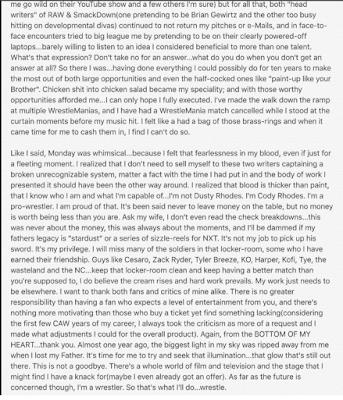 Posted by Kevin Hunsperger at 5:10 PM