Another Monday night has come and gone and instead of fans talking about what happened on Raw or the fact that Rikishi is being inducted into the Hall of Fame this year, the focus has been on Seth Rollins.  The buzz around "Mr. Money in the Bank" has nothing to do with his wrestling career and instead on his personal life.  By now, if you're a wrestling fan, you've read the news and possibly even seen the pictures that were leaked onto social media of Rollins in his birthday suit. 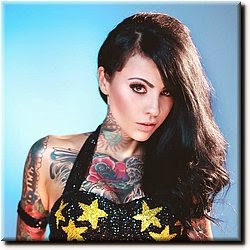 The way I understand it, a nude photo of newly signed Zahra Schreiber ended up on Rollins' social media pages.  Zahra as far as I can tell has not appeared on NXT.  Her name and bio are not up on WWE's website.  Apparently, Rollins' fiancee Leighla Schultz uploaded nude photos of Rollins' with the caption "Zahara?"  All the pictures were deleted a short time later, but I would imagine this has created a bit of a mess for Rollins and WWE.

Rollins has since tweeted an apology.  Triple H has been quoted as saying it's a personal matter, and I agree with that.  Rollins in no way had intended for those photos to go public.  Of course the lesson we can all take away is, DON'T TAKE NAKED PICTURES OF YOURSELF because who knows who will end up with them and how many of us will see them.  That also goes for posing for pics, unless that's the direction you want your career/life to take. (I'm not judging)

Some have already drawn parallels between this incident and Triple H's remarks recently about Chyna's past in adult films and whether she should go into the WWE Hall of Fame.  I respect the opinions of all sides, but I think we're talking two different things here.  Chyna made a decision to make the film(s) and knew that others would be watching.  I'm assuming Rollins intended for his photos to be part of a private moment with whomever he sent them to.  Punish Rollins?  No.  I think he's learned a lesson here, and hopefully others have too.

By the way, I chose not to share the pics in question here for obvious reasons, even the ones that are pixelated.
Posted by Kevin Hunsperger at 4:11 PM