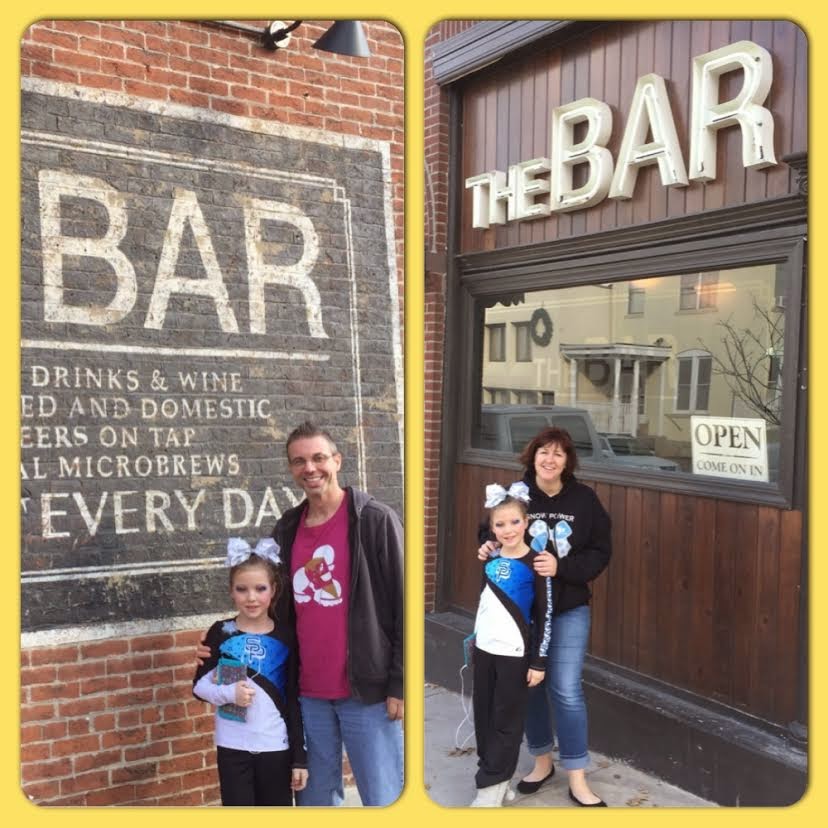 In 2013 Hollywood came to my neck of the woods.  Crews were in Cape Girardeau, Missouri (where I went to college) and southern Illinois (where I live now) to film Gone Girl.  Stars Ben Affleck, Rosamund Pike, Neil Patrick Harris and Tyler Perry made headlines in the local news.  They slept in our hotels, ate in our restaurants and worked out in our gyms.  It was an exciting time.


I finally watched the film recently, after failing to see it on the big screen.  I know a few of the extras, so it was fun not just seeing them, but also recognizing places I've known for many years.  Because the bulk of the film was made in Cape, it's only fitting that there is now a new restaurant in town called The Bar.


My wife, daughter and I recently had a late lunch at The Bar (which is the name of the establishment Affleck's character owns). It is a family friendly environment.  On the outside, it looks just as it did in the film.  The inside is divided with the actual bar on one side and the restaurant on the other.  It's very nicely decorated.  The tables are covered with neatly pressed, white linen cloths. Maroon napkins top each table, along with the silverware. We felt underdressed when walking in, but quickly got over that.


Reviewing the menu, I was pleasantly surprised at the prices.  The atmosphere leads you to think it's going to be expensive dining, but the reality is the prices are reasonable.  Items include everything from burgers to fish to lamb.  I opted for The Bar Burger and potato wedges with a side of honey mustard.  The burger is a beef pork patty with caramelized onions on a pretzel bun.  I liked it a lot. My wife and daughter had the fish and chips (potato wedges).  They were out of prime rib for the panini my daughter first ordered.

The restaurant is pretty small on the inside.  I didn't count the tables, but I could see there be long waits during prime eating times.  We were there at three o'clock on a Sunday so we were seated immediately.  The size of the bar side seemed in line with most other places I've been to.  No crowds on a Sunday afternoon, but I'm sure that's different on a Friday night. 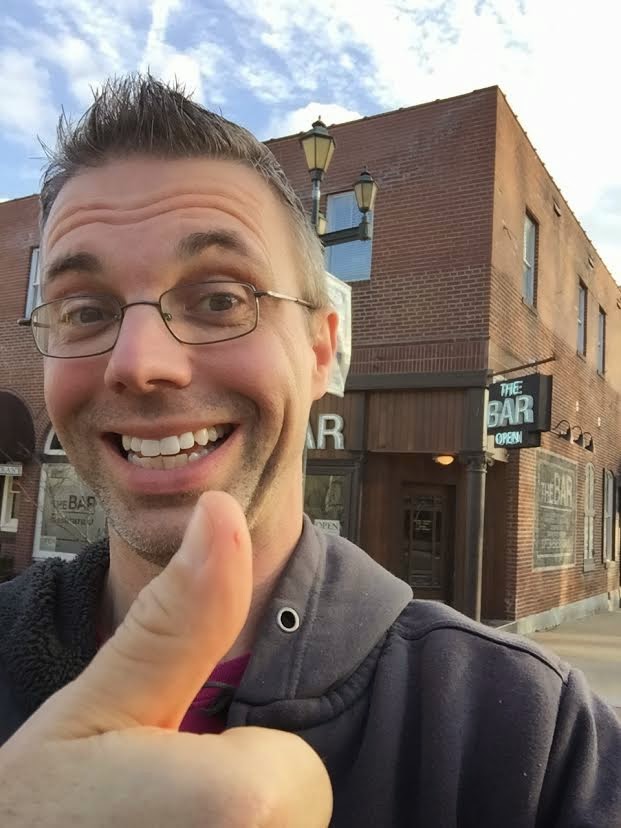 Like the movie Gone Girl, I give The Bar two thumbs up.  The food is good. Portion sizes are plentiful.  The service during our visit was a little slow, but we took that time to enjoy the ambience and talk.  The price is right too (the three of us ate for less than $40).  If you find yourself in downtown Cape Girardeau (the real life Carthage) head to The Bar for a meal and a drink.
Posted by Kevin Hunsperger at 2:09 PM