A generation of radio listeners and cartoon watchers is in mourning today.  Legendary radio host and voice over actor Casey Kasem has died.  I say a generation, but there are surely several generations who listened to and loved Kasem. 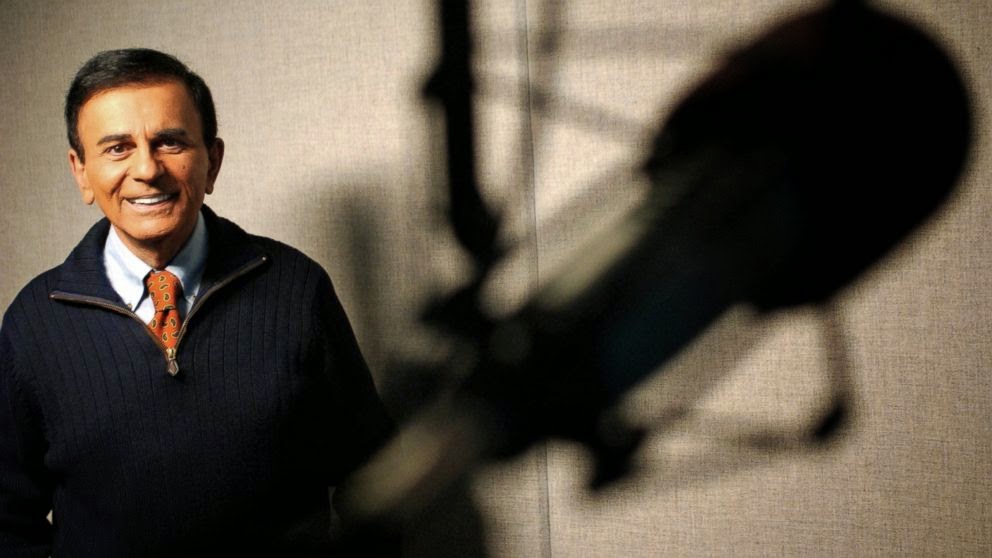 While Kasem was popular in those roles, I think he'll best be remembered for his radio gig.  I listened to at least part of his American Top 40 countdown every Sunday growing up.  Back in the day, I would record portions of the show when my favorite songs would come on.  I still have cassette tapes with Casey counting down the top songs of the week.  Before I got into television, I aspired to be a DJ, thanks in large part to Kasem.

Something unique about the show that Kasem created was the "Long Distance Dedication."  Each week listeners would get to hear a request for someone they'd been missing.  The segment usually tugged at our heartstrings as Casey would read the heartfelt message on the air.  There was something about his voice that was so calm and soothing.  He truly was an icon.

He made appearances on TV too, including his Top 10 countdown show and who can forget his two cameo appearances on Saved By The Bell.  He also appeared on My Two Dads and in the film Ghostbusters.

I'm glad that one of the radio stations in my town, Magic 95.1, plays vintage WT 40's with Casey Kasem every weekend.  I give them a listen every time I'm in the car.  Casey may be gone, but thanks to technology, his golden voice will go on forever.
Posted by Kevin Hunsperger at 2:01 PM