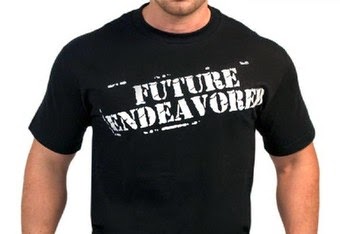 By now, you've probably seen the news that nine Superstars, one Diva, and one referee have been released from their WWE contracts.  I'm not surprised by this, as the company has called up some great talent from NXT in recent months. And with the exception of Mason Ryan and Ezekiel Jackson, I don't think there have been many people let go in quite some time.

I'm not going to analyze everyone on the list, but there were some names that I'm disappointed are on the list.  Of course, I feel bad for anyone who loses their job, but these three that I'm going to talk about impact me the most.  I really wish that Brodus Clay would have been given more of a chance.  I enjoyed the Funkasaurus character, but I think ultimately it ended up hurting the guy.  He made the most of it, and it entertained me, but I always saw him as a monster heel type.  Unfortunately when Tons of Funk split up, we never really got to see that beast get unleashed.

Evan Bourne hasn't wrestled in years at this point after facing suspensions and injuries.  I really hoped they would have brought him back in, and reunited him with Kofi Kingston.  Both always seem to get overlooked as singles competitors, but I really like the duo as Air Boom.  They were bringing stability to the tag team ranks a couple of years ago, until Evan got suspended. I would have also like to seen Bourne work with the current NXT champion Adrian Neville.


I've liked Drew McIntyre since day one.  I really think the WWE dropped the ball on him, and maybe he dropped it too. I shouldn't just blame the creative team.  To me, Drew had so much potential in those early days.  I think he became a victim of his own success and ended up like a lot of guys do when the company is hot on them for a short period.  See Curtis Axel, Ryback, and Sin Cara and you'll understand that.  I must also say I marked out pretty hard in New Orleans this year when we ran into to Drew while hanging out with some of the NXT guys.  He approached our group of non-WWE guys and shook our hands and was quite cool to us.

I have no doubt that these talents will all find work on the independent scene.  TNA may pick up a few, but I don't see them as a better alternative. I'd assume Bourne will go to ROH once he's healthy.  Jeff Jarrett's Global Force Wrestling may grab some too. No matter what, I wish all of these stars the best of luck.
Posted by Kevin Hunsperger at 2:37 PM