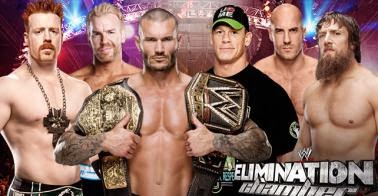 Friday I posted a video with my predictions on the upcoming Elimination Chamber pay per view.  Today, I just wanted to share a few more thoughts.  I like doing videos, but always think of points I wanted to make after the fact.

Even though I'd rather just about anyone else on the roster be the WWE World Heavyweight champion right now, Randy Orton has done a good job of playing the heel champion since winning both belts back in December.  I've never been a huge fan, but obviously there are lots of people out there who love him.  I do think the Yes Movement with Daniel Bryan will lead to bigger and better things for the former Indy star in the coming months.

The Chamber match should be excellent, considering the amount of talent in there.  I can't tell you how happy I am to see Cesaro as a part of this mix.  I don't have any reason to think he's going to win the gold Sunday night, but I have no doubt that he is going to excel in his first ever Chamber match.  I like the Real Americans gimmick too, but I've always thought Cesaro had that "it" factor to make run on his own.  Even after a stint as U.S. Champion, I think the rub from being in this match will do more for his career.  I'm crossing my fingers. 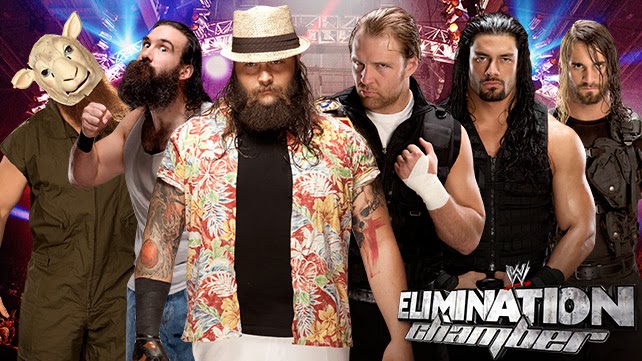 I'm looking most forward to The Wyatt Family vs. The Shield.  The WWE has done a great job leading us to this match, which I thought would have made a great Mania match, but reading the online rumors, the company has different plans for each team come Wrestlemania.  All six competitors are very talented and in my opinion are the future of the WWE.  I can see a tag team title reign in the near future for Luke Harper and Erick Rowan as well as individual gold for the Bray Wyatt, Roman Reigns, and Seth Rollins. 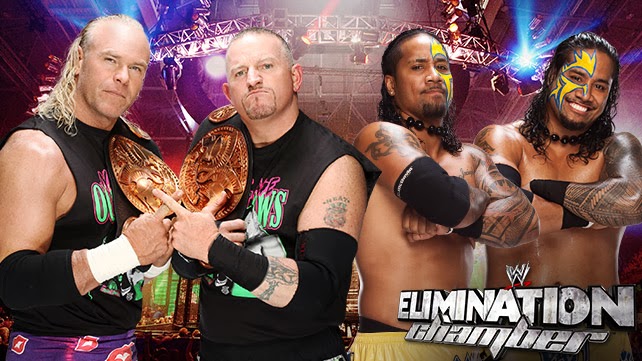 Speaking of tag teams, I hope the Usos win the belts from the New Age Outlaws.  It's not that I don't enjoy Billy Gunn and The Road Dogg, but I think their time as champs came and went a decade ago.  I'm going out on a limb and assuming they're back for this one last reign and then they'll put over the next team and hopefully help to rebuild the division, which in the last couple of months has been in shambles. 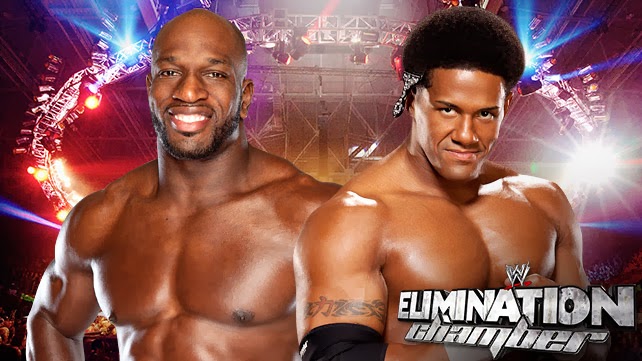 The Prime Time Players splitting up is just one example of that.  I believe Titus O'Neil and Darren Young made a great team.  I enjoyed them even more when Abraham Washington was still around.  I'm not sure who's going to be the "Marty Jannetty" of this team, as I think they both have a ton of potential.  Maybe they'll end up like Christian and Edge and both enjoy singles careers.  I believe on Sunday Young will win the first match against his ex-partner. 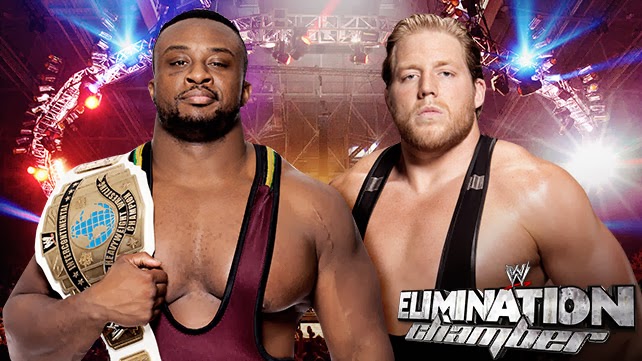 Big E Langston will retain the Intercontinental title against Jack Swagger, The Rhodes Brothers should beat Team RybAxel, unless they're leading to some kind of split and a match between Cody and Goldust at Wrestlemania, and Batista will destroy Alberto Del Rio.

What are your thoughts?

Posted by Kevin Hunsperger at 1:33 PM