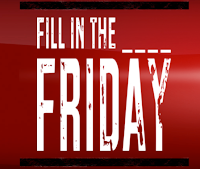 There's a lot of online criticism over the appearance of MMA fighter Tito Ortiz on the August 1 episode of Impact Wrestling. I think it's still too early to judge, as I'm not 100% sure that Ortiz is an actually employee of TNA or is Spike TV paying for this.  Many fans are upset that Ortiz was brought in weeks after several talented "wrestlers" were let go.

Ortiz, who is 38 years old, has never had a professional wrestling match (to my knowledge)  I don't know if he's being brought in to do any wrestling or if this is just a gimmick to cross promote the upcoming Bellator fight against Rampage Jackson.  So, I'm not going to judge the decision, yet.  Instead, I'll let you do the judging.  You know the rules, fill in the blanks here.

1. If Impact Wrestling is indeed paying the bill for Tito Ortiz and had to cut several other wrestlers to do it, they should have brought in __________ instead.

3.  The most succesful cross over athlete into the professional wrestling has been ___________.
Posted by Kevin Hunsperger at 1:00 PM