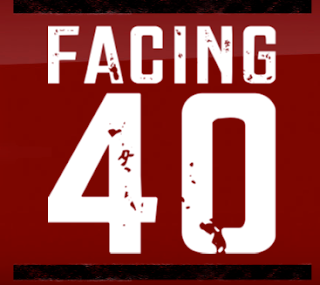 I’ve been struggling with this blog for the past few days. I’ll get to the reasons why in a few paragraphs. First, a quick recap of why we there are non-wrestling related blogs on my123cents.

(In best TV announcer voice) Previously on my123cents, Kevin started a series called “Facing 40” where he reflected on his mortality as he closes in on the big 4-0 in March. His initial purpose was to talk about healthy lifestyle changes he was making in his life. After reading his blogs, I realized I should probably follow his lead and make some changes of my own.

The first step I wanted to make was to seriously commit to working out more and trying to shed some excess weight. Through a conversation with a co-worker, I ended up ordering DDP Yoga DVDs.  When I ordered the DVDs, I hoped they would help get my body in shape. What I didn’t expect was for DDP YOGA to be the catalyst for a potential complete life changing experience.

While I was waiting on the DVDs to arrive, I started searching YouTube for videos of other people using DDP Yoga to see how high I should set my expectations for success. What I ended up finding were two YouTube users chronicling not only their weight loss, but also other ways they were making their life meaningful and helping to give back to their communities.

The first was a guy named Ben who runs this website.  For every pound lost, Ben is donating a pound of food to a local food bank.  Check out his website and his video blogs to learn more. What’s better than helping others while helping yourself?

The other person is a guy who goes by the YouTube handle of Slimtronic5k.  Looking at his video uploads; I noticed they were either labeled, DDPYoga or TheNext40Days.  At first I only watched the Yoga videos as I was interested in seeing if the Yoga was working. Finally curiosity got the better of me and checked out the Next40Days videos. What I found was something that cut straight to the heart and weighed heavy on me to make real changes to my life this year.

In simplest form, the Next 40 Days is a program where for 40 days you set a goal or make a sacrifice. After the 40 days are up, you move on to a new goal or sacrifice. You can find out more about Slim and his wife’s 40 Days at their website, The Next 40 Days.

After finding that website and watching the videos, I decided to try and come up with my own goals for the rest of the year.  I think I’ve got some good ideas, but I’m still struggling to fill out two of the 40-day slots on the schedule for the rest of this year. Even though I’m still trying to think of something to put into those slots, I still wanted to get this blog out for two reasons.

The first is the hope that by spreading the word it will inspire someone else to make a positive change. As I look around and look at society as a whole, I can’t help but think we would all be better served by more positivity and less negativity in the world. The second reason is accountability. By putting this out into the world, I’m making a pledge which people can call me out on if I fail to stick with these plans.
Here is what I have listed right now.

Jan 31-March 11 - DDP YOGA: Starting off simple. Commit 40 days to the program that started this snowball effect of change. In addition to working out, also trying to abstain from fast food and eat healthy.

March 12 - April 21 – MORE SOCIABLE: I am not a people person by any stretch of the imagination. Working in a field where networking and socializing are keys to future employment, I really need to work on my social skills. This 40-day period also coincides with the weeklong trip to New Jersey/New York for Wrestlemania 29. With over 50,000 people converging on the area for the week, there should be plenty of opportunities for social interaction.

April 22 - May 31 – WRITING: February 22 marks my sixth year of being in Los Angeles. In that time I have yet to do any writing. While I never set out to be a professional writer (and if you’ve read enough of my blogs that fact should be pretty obvious) I would like to accomplish either writing a film or television script.

June 1 - July 10 – TRY TO LEARN SPANISH: I would really like to be multi-lingual and feel the first step is learning a language that I hear on a daily basis.

July 11 - August 19 –NO TV: I don’t watch a lot of television anyway. However, cutting out TV will hopefully allow more time to read the books I bought two years ago when Boarders went of business or continue writing or learning a foreign language.

Nov. 8 - Dec 18.  - CHARITY WORK: Figure putting this one at the end of the year would make sense due to the holidays. If I’m in Los Angeles for Thanksgiving, I’d like to volunteer at a soup kitchen for Thanksgiving dinner. Then with Christmas, sure there will be numerous opportunities for other charitable work.

I am open to any suggestions for the two unclaimed spots. One of the ideas was the Acts of Kindness that Slim and Laura have listed on their schedule. I may work this in, but I also think this is something I could be doing in life anyway. We’ll see what happens. If I make it to August and still haven’t thought of anything, besides being really bad at thinking of positive changes, I’ll probably add some really basic and simple ideas.

I don’t know if this has had any affect on you as you read it. But if you’ve been thinking your life could use a change, or want to try and have a positive effect on your community, I encourage you to either give this plan a shot or come up with something on your own.

This might hurt, it's not safe
But I know that I've gotta make a change
I don't care if I break
At least I'll be feeling something

Posted by Kevin Hunsperger at 3:24 PM