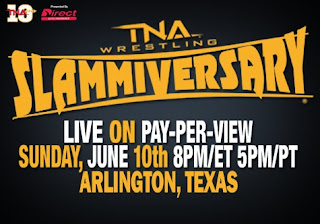 I haven’t watched Kevin’s video about the first Live Summer Impact so I don’t know if he touched on this subject. I’m guessing he did. Before I watched his video, I wanted to write my thoughts down so this would be my thoughts and not a blending of two ideas.


On Impact, Dixie Carter announced there was going to be a TNA Hall of Fame. I did not see the show so I’m basing my response on a write up of the show. I don’t know if there’s a timeframe for when the first inductee would be announced. Purely based on a hunch, I’d say the inductee might be announced next week and inducted during the Slammiversary pay per view. If I were running TNA that’s when I’d do the announcement.

However, I don’t think TNA should be concerned with a Hall of Fame at this moment for several reasons. First off WWE has made their Hall of Fame ceremony a yearly tradition and, in my opinion, over the last few years has almost become a more anticipated event than Wrestlemania. Since WWE owns 90% off all wrestling produced over the last 50 years, they tend to induct stars that may not have any significant moments in WWF/E but did make a mark on in the wrestling universe. Case in point would be Verne Gagne, the Von Erichs and Gorgeous George. Is TNA planning on inducting former wrestlers who had nothing to do with TNA or are they going to keep their inductions limited to wrestlers who have competed inside their ring? I’ll touch more on this in a moment. 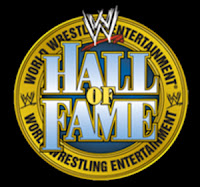 Even though the WWE Hall of Fame has been inducting members for nearly 20 years, there is still no actual Hall of Fame building. Perhaps I’m being nitpicky, but what’s the point of a Hall of Fame if there’s no building. There were rumors a couple years ago WWE was looking at possibly building a HoF at Universal Studios Florida. That would have been interesting since Universal is where TNA tapes/runs Impact and the majority of their Pay Per Views. Maybe TNA will set something up in the soundstage adjacent to the Impact studio and have it be their HoF. WWE has had several memorable moments in their history to fill up a HoF with exhibits other than pictures of wrestlers. Off the top of your head, name one item TNA could put into a HoF? I can’t think of anything.

Long time wrestling fans can point out the fact WCW had a Hall of Fame and would induct members during the Slamboree Pay Per View. The ECW Arena has/had the Ring of Hardcore to honor ECW alumni before the building closed at the end of 2011. I’m going to ignore those for the simple fact both companies are defunct. My blog, my rules.

Getting back to TNA’s HoF, whom will they induct? Off the top of my head the only names I can think of that would be first ballot contenders are Jeff Jarrett, Mike Tenay, Jeremey Borash, AJ Styles and James Storm since they’ve been with the company since the beginning. The case can be made for Sting given the number of TNA titles won and since he’s been with TNA for roughly eight years. Others may vote for Christopher Daniels, Chris Saban, Jeff Hardy and others who have held multiple championships. My argument against that would be due to the number of times the titles changed hands in the last ten years, multiple reigns don’t mean much. My other argument would be all of those guys are still wrestling for TNA so why put them into a Hall of Fame. Kevin and I have talked before about how WWE rushes guys into their Hall shortly after retirement (I.e. Shawn Michaels, Edge) so they have a big name to be the cornerstone for the year. Will TNA rush guys in before their careers are even over?

As of June 1, 2012, these names, again in my opinion, do not belong in a TNA Hall of Fame yet I’m afraid they may be names TNA is considering, Hulk Hogan and Christian. Hogan has done nothing for TNA onscreen. Christian was there for two-three years as nothing more as a way to build his main event credibility before returning to WWE. Yes they are two big names, but their big names in wrestling, not TNA.

I have no problem with TNA having a Hall of Fame in the future. I simply feel ten years into their existence when 95% of their potential inductees are still wrestling for the company is too soon.

What do you think of Dixie Carter’s announcement? Do you feel TNA should erect a Hall of Fame? Share your thoughts on Facebook and Twitter.
Posted by Kevin Hunsperger at 6:25 PM