Over the Limit Thoughts 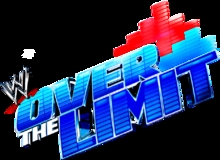 I had the fortune of watching Over the Limit at the I/O West theatre on Hollywood Blvd. This was the first pay per view they screened in the venue and based on the crowd size they announced they would be showing No Way Out next month. In addition, “Kizarny” will be teaching a class on physical improv next month and John Morrison will be appearing at one of the Improv’s shows in June.

Overall, I thought Over the Limit was a very satisfactory show until the main event. The tag team title match was better than I expected. The Diva’s title match was probably one of the best Divas matches in the past year. CM Punk and Daniel Bryan put on an early match of the year candidate. Along with a good Christian vs. Cody Rhodes match, a 4-way title match that had a good ending sequence and an appearance of Ryback, there was a lot to like on the show.

Then there was the main event. Had the Battle of the John’s been anywhere on the show other than the main event the match would have been rather inoffensive. However, as the main event, it was a crowd deflating fifteen minutes. The ending of the match was a foregone conclusion six days ago and as predicted, The Big Show got involved to help Johnny Ace win the match. I’m guessing this will lead to a Cena/Show match at No Way Out.

Even though the show was a solid thumbs up, there were a few questions I would like answered. I think we need a new weekly segment around here called wrestling with logic.

*Kevin and I have already questioned the way Chris Jericho and Daniel Bryan, how after losing two consecutive pay per view title matches, simply moved over to the other brand and got inserted into title matches.

*While everyone expected Big Show to get involved in the main event, his involvement was kind of head scratching. Johnny L. went through the crowd and looked to be trying to get out of the arena only to be brought back in by the Big Show. Big Show brought Johnny into the ring, gave him to Cena, then when Cena went for the Attitude Adjustment Big Show punched Cena in the face. My theory is Johnny and Show had the plan in place for Johnny to come get Show. That I get. However, what would have happened if Cena hadn’t toyed with Johnny and pinned him quickly? Since show isn’t a WWE employee why didn’t security stop him from 1)putting his hands on Johnny and 2)getting into the ring?

*The show opening battle royale came down to the final three of David Otunga, The Miz and the returning Christian. Six weeks ago these three Superstars were supposed to be on Team Johnny at Wrestlemania. Drew McIntyre replaced Christian due to a lingering injury. Now, Christian is back and he’s apparently a face. Why? What happened in the last six weeks?

The only real complaint, other than the placement of the Cena match, is Over the Limit had a battle royale, Christian/Cody Rhodes, Brodus Clay/Miz, and Hunico/Ryback matches added either unannounced or announced right before the show. WWE really needs to stop treating pay per views as one or two match shows and start building and promoting full cards before the day of the show.

Do you have any answers to my questions? Are you excited for more People Power? Will Tyler Reks and Curt Hawkins trend on Twitter during Raw? Share your thoughts on Facebook or Twitter.
Posted by Kevin Hunsperger at 4:17 AM