Fill in the Blank Friday: The Ultimate Warrior 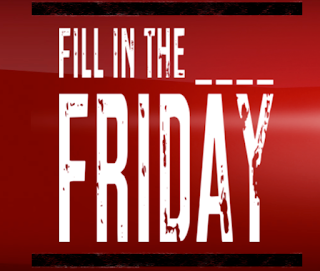 I'm starting a new feature here on the blog each week.  I'll come up with a topic, but I want you to write the blog.  I'll post three statements, and in the comments section below, I would love for you to fill in the blanks.

This first edition is about the Ultimate Warrior.  Since he has come to an agreement with the WWE on the new 2K14 game, I thought it would be timely.  I haven't really said anything about this new relationship, but honestly I hope it's something that develops into more involvement from the Warrior.  I wasn't the biggest Ultimate Warrior fan back in the day, but for the sake of nostalgia, I would love to see him back at least on a temporary basis.  As time has gone by, I've become more of a fan of this legend.  The WWE seems to recycle the same superstars of yesteryear, so seeing the Warrior back would be something fans haven't seen since 1996 (not counting his WCW run in '98).

That being said, it's time for you to Fill in the Blanks...

2.  The Ultimate Warrior had two runs as Intercontinental Champion and one reign with the WWF(E) championship during his time with the company.  I think his greatest match during that time was against ______________.

Thanks!
Posted by Kevin Hunsperger at 12:37 PM