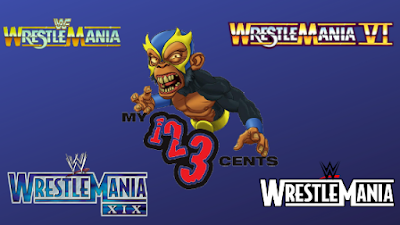 With the fate of WrestleMania still in flux and so many of us at home for the weekend and potentially for the next several weeks, I thought it would be fun to talk more about past WrestleManias. So I posed the question if you built the Ultimate WrestleMania, what 12 matches would you put on the show.

Turns out this was a bigger challenge than I anticipated as there are hundreds of matches to choose from. The other caveat, no duplicate Superstars for me. But you construct your list however you see fit. These aren't necessarily the best matches of all-time, just ones that entertained me.

Oh, my list is in no particular order, other than the first, which is my all-time favorite Mania matchup.

💪The British Bulldogs vs. The Dream Team: WrestleMania II


💪Doink the Clown vs. Crush: WrestleMania IX (yes, I'm serious, I love how this played out.)

Because I limited myself on one Superstar only, I would have had other matches as well. So let me know your card.

Posted by Kevin Hunsperger at 8:17 PM