The Evolution of Dexter 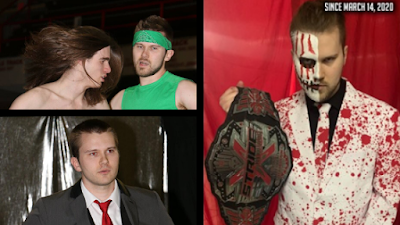 In March 2016, Stride Pro Wrestling was born. The company not only provided pro wrestling once again for this region but also a training school for aspiring wrestlers. In the first several months, several young men and women enrolled. A handful emerged, including someone I only knew as Luke Chambers.


Luke was as Bill Demott used to say, greener than goose shit. But really, all the trainers were. I mean, they literally had five or six months of training under their collective belts before climbing through the ropes in front of a paying crowd. The first match I remember with Luke might have been his only. It was November 2016, the first Redbird Rumble. He was involved in a fatal four-way that his future tag team partner and fellow classmate Scott Phoenix won.


A month later, Chambers had traded in his oversized pants and headband for a shirt, tie and suit coat. He also changed his name to Dexter Roswell. The character came on the heels of the Presidential election. Between that and the unsettling political environment in Springfield, Roswell was the perfect heel.


Through the years, Roswell's work in the ring improved. But so did his character development. I'm not going to give a year by year report on him but it's been quite a metamorphosis. In the past several months we've seen shades of Roswell's persona in Cape Championship Wrestling shine through. Finally on Saturday night at Strideiversary, Dexter emerged in a bloody white suit and his face half painted. 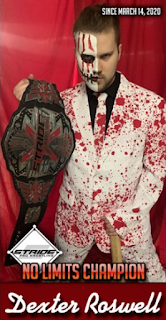 The new-look worked as Dexter (he's dropped Roswell), beat Bo Sawyer for the Stride Pro Wrestling No Limits Championship. Sure, he cheated but the victory marks Dexter's first singles championship run. I'm excited to see what the future holds for this still growing and emerging performer.

By the way, if you'd like to learn more about the man behind the Dexter character, give this episode of the My 1-2-3 Cents podcast a listen. He speaks very candidly about being a gay man in the world of pro wrestling.


Posted by Kevin Hunsperger at 8:00 PM